EPFL (Swiss Tech University) in Lausanne has now his own congress centre: The SwissTech Convention Center. The opening took place on the 3rd of April 2014, with a ceremony for more than 3,000 people.

The centre, one of the most modern and well-equipped conference centres in the world, is located on the site of the Swiss Federal Institute of Technology Lausanne (EPFL). The centre’s auditorium can be transformed from a 3,000-seat amphitheatre to a 1,800sqm banquet hall in less than 15 minutes, thanks to its Gala Systems technology.

André Schneider, vice president of planning and logistics at the EPFL, said: “The SwissTech Convention Center is a world-class tool for the exchange of knowledge through which our school can make critical contributions to solving major societal challenges.”

“As one of the few convention centres in Europe to be established on a university campus, it will also serve as smart conferencing lab – a place to experiment with the most innovative technologies for improving the flow of ideas in scientific conferences and making these exchanges more fruitful.”

Visit by the RTS Swiss TV broadcast (in French):

The STCC celebrated its opening with a two-hour concert featuring politicians, academics and tech-experts, as well as entertainment from dance troupes and magician Eric Antoine. The concert was followed by a drinks and canapés reception for 3,000 people, during which there was a full demonstration of the centre’s facilities.

Multiple configurations offer flexibility, with the ground floor alone offering countless configurations across an area of nearly 1500sqm. The centre can configure halls with capacities of 330, 468, 1670, 2135 or 3000 seats, and within minutes, a 2,135 seat amphitheatre can be converted into a 1,890sqm banquet hall.

The interior balcony, with 865 seats, can also be closed and turned into an auditory of 468 seats including its own hall. Finally, the ground garden can also either become into a large hall or separate into 5, 10 Or 15 rooms with seating capacities ranging from 40 to 200 seats.

STCC is also the first to use coloured solar photovoltaic panels on a large scale, developed at EPFL, that provide solar protection and generate electricity.

The centre, 40 miles from Geneva, with its own metro station, has taken almost four years to build and features a 66-room hotel on site; it is already almost completely booked up for the next year.

EPFL is client of Klewel and record conferences with our Triskel webcasting platform.

Below are 2 photos taken during the opening ceremony when students presented their projects about environment and energy innovations: 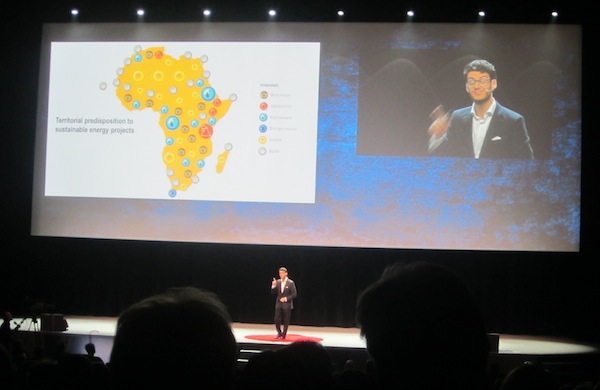 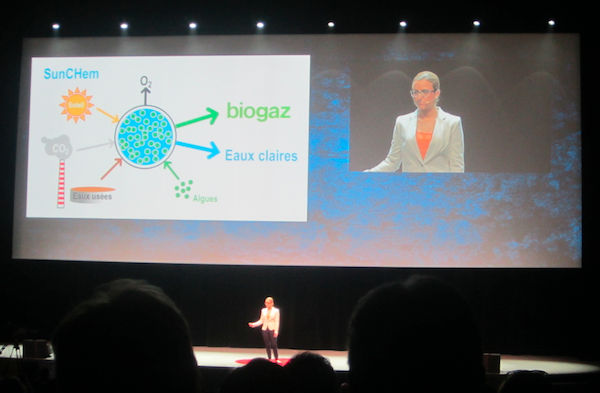